Anne-Cathrine Riebnitzsky was born in 1974 and graduated from Copenhagen’s Writer’s School in 1998. Having completed her Foreign Language Officer training on Moscow in 2003, she worked at the Danish Embassy in Russia before being sent to Afghanistan in 2007 to work as a soldier at first and then as advisor for the Foreign Ministry.

Her first book was Kvindernes krig (The Women’s War) in 2010, which was a documentary about her work with the Afghan women, their challenges and successes in the Afghan society. (Available in English via iBooks)

In 2012 she published her first novel, Den stjålne vej (The Stolen Road), for which she was awarded the Debutant Award, and which is about a young boy living on the streets who becomes involved with the Taliban; two women and their challenges for self-determination in a male dominated society and finally an old Engineer, captured by the Taliban who want to kill him. Forbandede yngel (Cursed Spawn) was
published in 2013, a novel based upon the author’s own childhood with a violent father and an unstable but imaginative mother. In 2016 she published the novel Orkansæson og stilheden (Hurricane Season and the Silence) a novel portraying various characters as we follow an unusual priest and her long-time friend, an attorney, who lost her husband in a car accident. It’s a novel about women and men overcoming sorrow and dealing with injustice. Then, in 2018, came her latest novel, Smaragdsliberen (The Emerald Heart), about an old Jewish emerald cutter, who suffers a heart attack but survives. His near-death experience influences his approach to life. His close friend, a Muslim goldsmith, struggles with a youngster in the family
falling prey to radicals. At the same time the emerald cutters daughter is kidnapped by radicals.

Med bue og pil (With Bow and Arrow), was published in September of 2019, and is a work of non-fiction with the author’s personal account of hunting with bow and arrow.

Anne-Cathrine Riebnitzsky has been shortlisted for almost every important Danish Literary Prize, many of them on several occasions. The short listings include Berlingske Literary Prize, Weekendavisen’s Literary Prize, Danish Radio’s Novel of the Year. Her first novel won the Book Forum Debutant Prize in 2012 and with her second novel she won the prestigious once in a lifetime award “The Golden Laurels” in 2013.

Despite her background from poor farming country, today she is a chamberlaine, married to Colonel Mads Rahbek of The Royal Lifeguards, and a regular guest at state dinners. Her readers hold her in high esteem, and she is a popular public speaker. 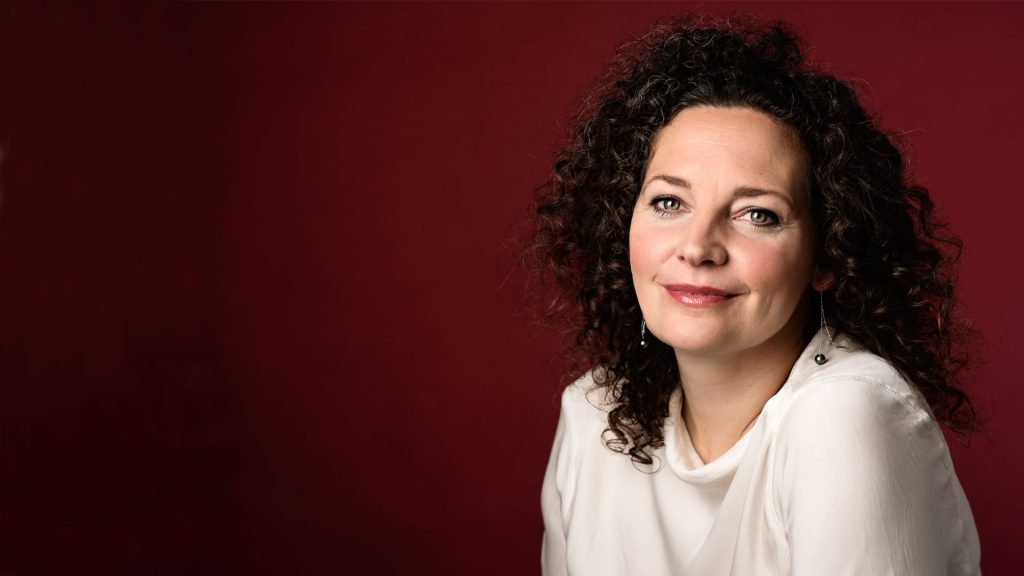